Break me down, then build me up – a reflection of radiation therapy effects on person and mind. 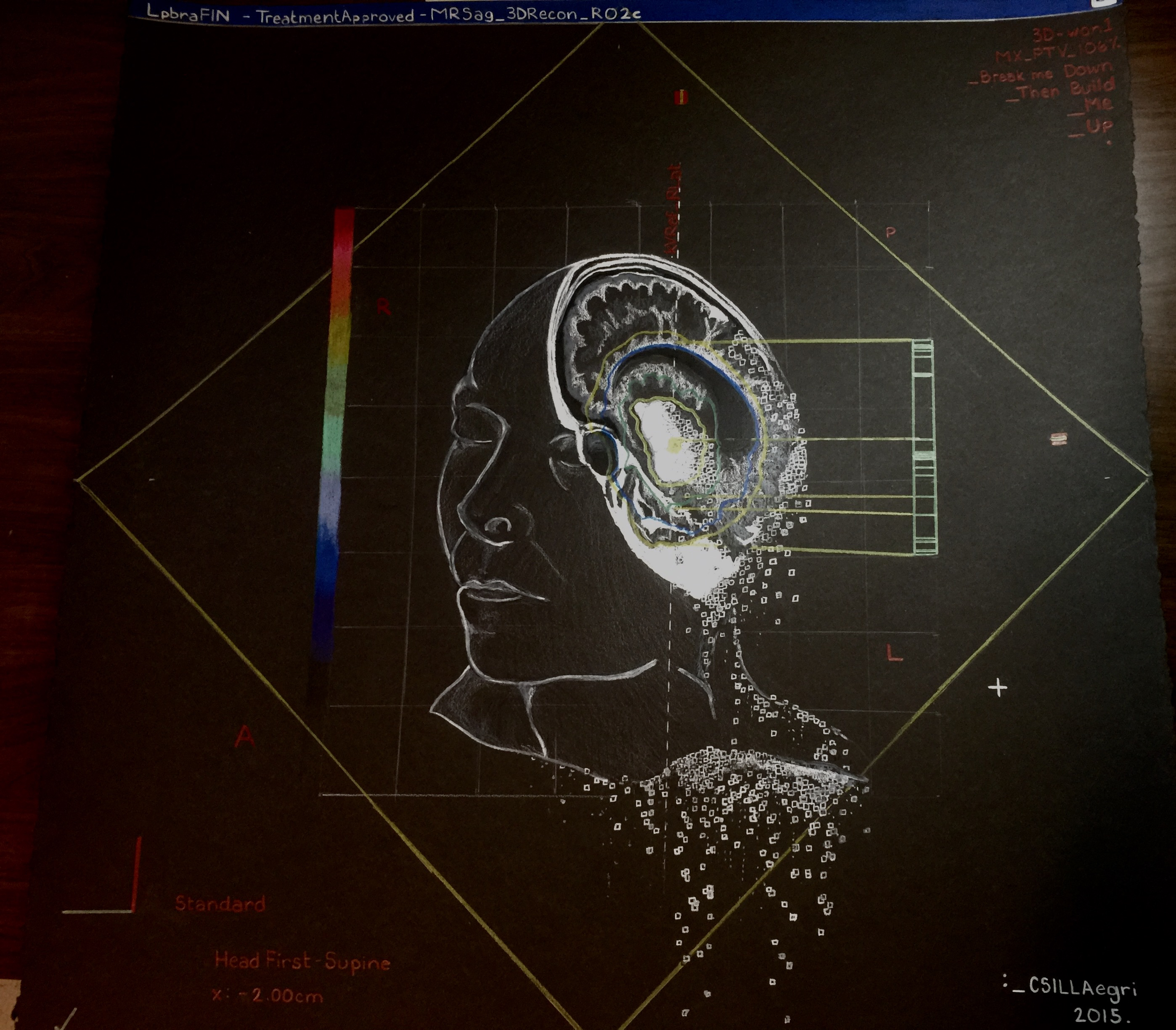 This piece portrays an imagined screenshot from a radiation planning program, including dosimetry lines and markers targeted toward a central brain tumour. The dissolving and crumbling pixels are meant as an interpretation of radiation effects on person and mind.

Sophisticated physics and software allow for precise targeting of radiation towards an area of interest, with the intent of minimizing radiation effects to surrounding structures. Advancements in technique through the years have resulted in many brain tumours being curable by radiation therapy alone. Completing such a radiation treatment program, patients leave as survivors, they have won the battle, conquered cancer. But this survivorship is not without cost, as even with such modern technology the effects of radiation can cause serious – and in the case of young children – debilitating and lifelong neurological consequences. These patients, these children and their families, manifest the burden of their survivorship in their disabilities. The radiation has broken down their cancer, and from each day forth they strive to build themselves, their bodies and their minds, back up.